I wanted to suggest that you think about adding the reference from the text Block that is next to mentions in ClickUp. This would be a fantastic point of reference for teams to quickly gain context about related items.

This is a hot topic right now being really advanced with a tool called Roam Research, that is putting a dent in Notion's dominance as a premier Wiki tool, because it is absent in Notion.

You already have great reciprocal referencing all around ClickUp, with the added benefit of being able to edit the references from the destination task (!!), terrific! This would give you even greater scope on this feature.

I mocked up how this could work:

- In a canvas anywhere in ClickUp - so task description, comment, doc, etc. - you have some text in a Block around a mentioned entity

- Then, in the destination reference, you'd simply have that Block's text replicated, so you can pick up the full context of the mention that occured in the other object.

I think this could be a huge differentiator for you guys, as most tools out there like Asana, Wrike, Notion itself, Coda, Zenkit, etc. have the ability to @mention, but unlike you guys, they don't pick up the reciprocal reference. If you add this context around it, you would step even further ahead of those tools, and I'm sure you could have people adopting ClickUp for this feature alone!

Thanks for listening and fingers crossed you can implement this! 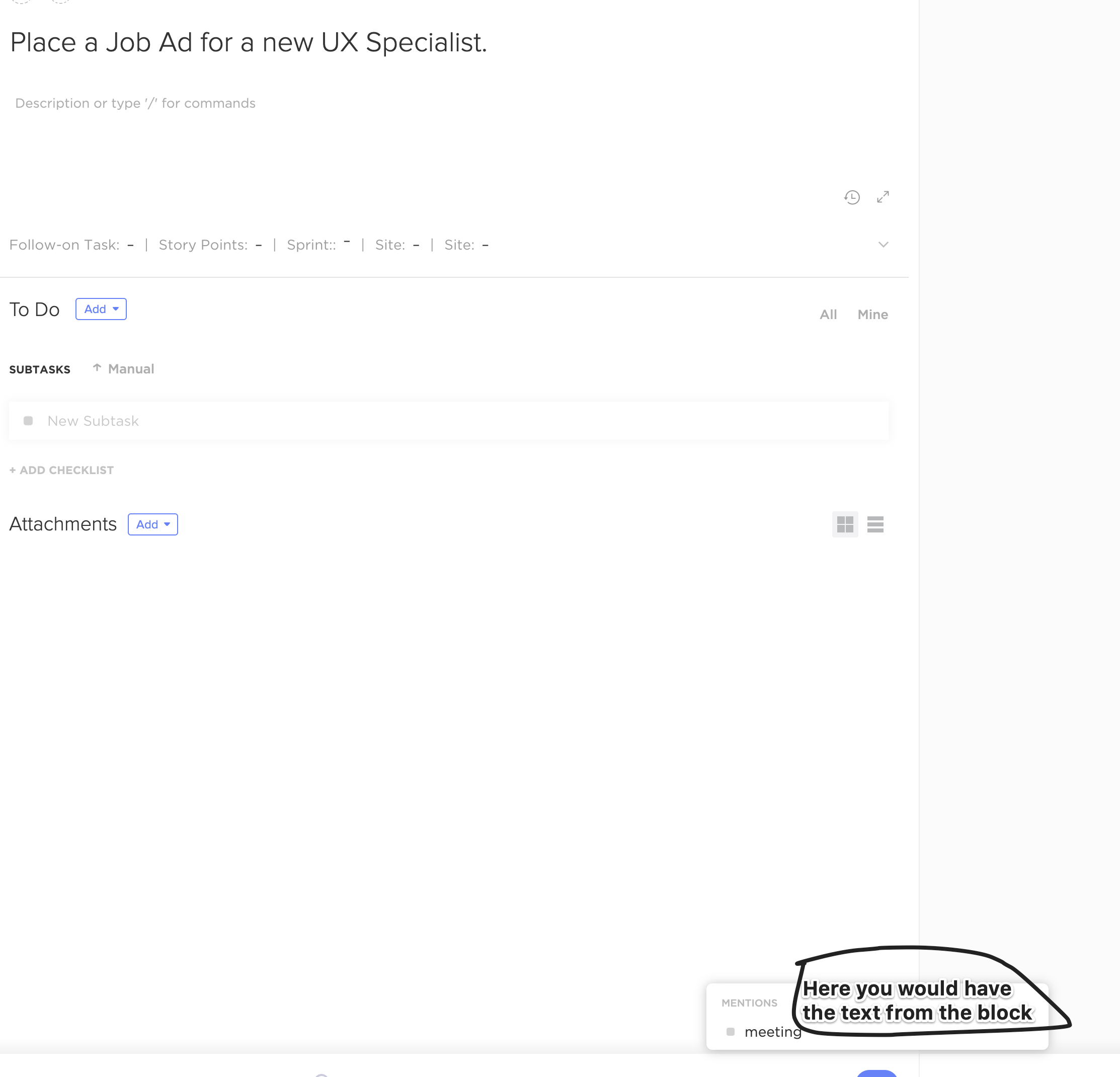